Was born in the autonomy province Trento, he is Professor of Saxophone at the Conservatorio "A. Bonporti" in Trento and he is also initiator, founder and artistic director of the fist euregio festival (Trentino, South Tyrol and Tyrol) of classical music called "Alpen Classica Festival" and of the first euregio Saxophone Festival called “Alpen Classica Saxfest”.

As an active saxophonist he has performed numerous concerts in Italy, all over Europe (Poland, Austria, Germany, Swiss, France etc) and America with chambers ensemble and orchestras. He has performed various premieres of different composers as Christian Lauba Karlheinz Stockhausen, Michael Kuehn, Heather Frasch and many others. He steadily works with young renowned composers to widen the saxophone repertoire. As soloist he performed the Austrian Premiere of the “Concerto Comenia” for saxophone and wind orchestra written by the Belgian Composer Maarten De Splenter.

He recorded a CD with Milano Saxophone Quartet about Italian Music for the German Label "ARS”. Moreover he won the Recording-Award of the “Fondazione Masi” in the context of the international chamber music Competition “Salieri-Zinetti” recording with Milano Saxophone Quartet different works of the Venetian composer Gian Francesco Malipiero. With the Sargas Duo he won the “Bank Austria Kunstpreis” to record the project “Double Phaces”. The CD’s will be presented at the end of 2018.

His musical education begins as Pianist and he got his first degree at the Milan Conservatory G. Verdi. He attended Masterclasses at the Mozartuem Salzburg. He continues playing the saxophone at the Milan Conservatory under the guidance of M. Daniele Comoglio with whom he hold his Bachelor and also Master Degree with best Marks. Further Impulses brought him to Vienna with Lars Mlekusch at the Vienna Conservatory where he attended a two year’s specialisation course. He also has taken choral and orchestral conducting lessons.

Besides his saxophone study he also got his degree in Modern languages and Literature and also in Euro-American Languages and Literature with best Marks and Honours at the University of Trento and Graz (Austria). He is now doing a PhD Project at the University of Vienna, combining his musical and literal studies, researching the logical combination between the composed music and the written lyrics of the Medieval Writer composer and poet Wizlaw von Rügen. The projects is called: “The songs Wizlaw’s von Rügen: a literal and musicological analyses.” 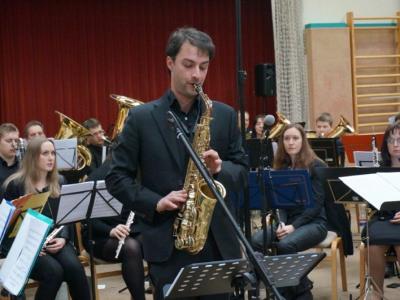 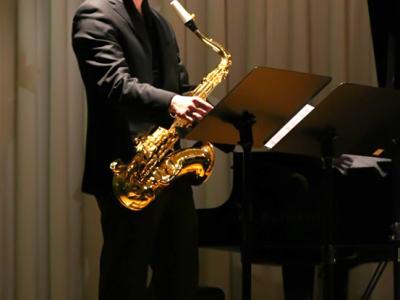 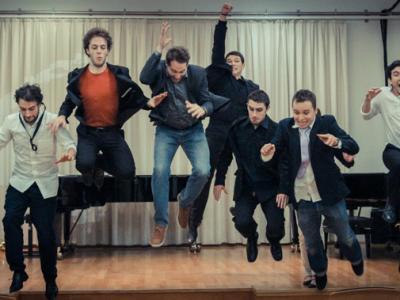 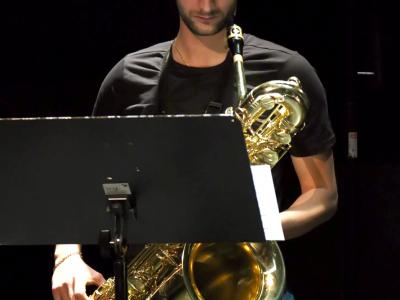 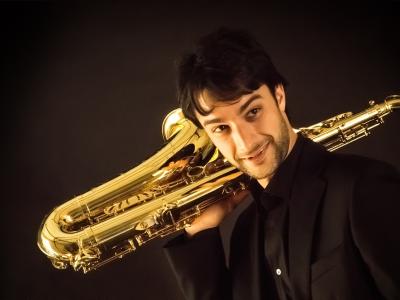 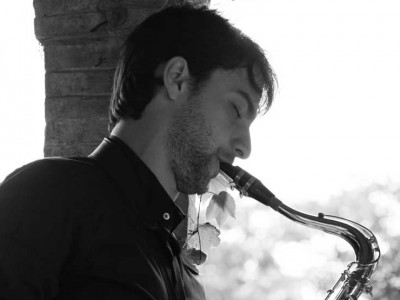